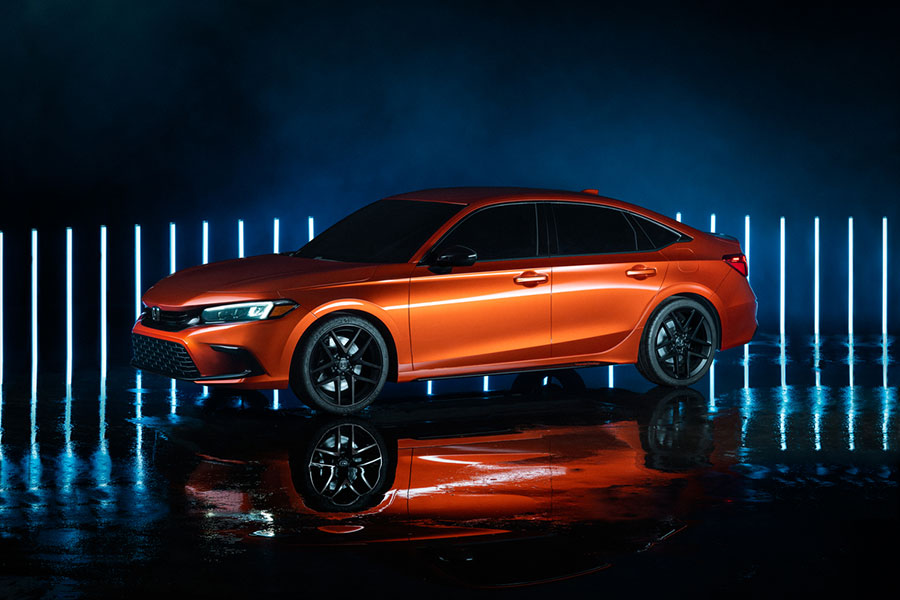 Honda Civic, one of the best selling cars in America, is getting an overhaul and new technology for 2022. It now comes with a sporty and sophisticated new styling, passive and active safety systems, and advanced technology.

It also comes with more fuel-efficient and powerful powertrains, sportier and trendy chassis, and numerous other Civic features.

With sponsorships to an esports team and a league, Honda has a heavy presence in esports and gaming. Their gaming platform includes collaboration with Twitch, the host to the Honda Head2Head gaming channel. Honda hopes to leverage the 17.5 million Twitch visitors to maintain a competitive edge in the market segment dominated by younger generations.

The Civic exterior design’s main focus was the Man-Maximum, Machine-Minimum (M/M) philosophy to optimize for the driver and the passengers’ needs. The shape is dynamic, and it has a sporty stance, with the characteristic 10th generation low hip point and lower overall height.

The design focuses on low front fenders and hood and a low horizontal belt line to ground the body and accentuate the wheels and tires. There are substantial changes, such as the relocation of the front roof pillars and side mirrors, to maximize driver and passengers’ visibility.

The Civic M/M values are also apparent in the interior design with exceptional visibility and outstanding ergonomics while also adding modern technology and design elements.

The instrument panel is clear of clutter and is quite smooth. It has a honeycomb mesh design that conceals the vents and serves as a design element. The other top-of-the-range additions include the 9-inch full HD Display Audio touchscreen and all-digital meter cluster.

The 11th-generation Civic introduces various new passive and active safety features. Honda’s Advanced Compatibility Engineering™ (ACE™) body structure has collision protection for both the driver and the passenger. The driver-assist technology and the airbag designs are now upgraded for improved safety. Get your 11th generation Honda Civic soon. 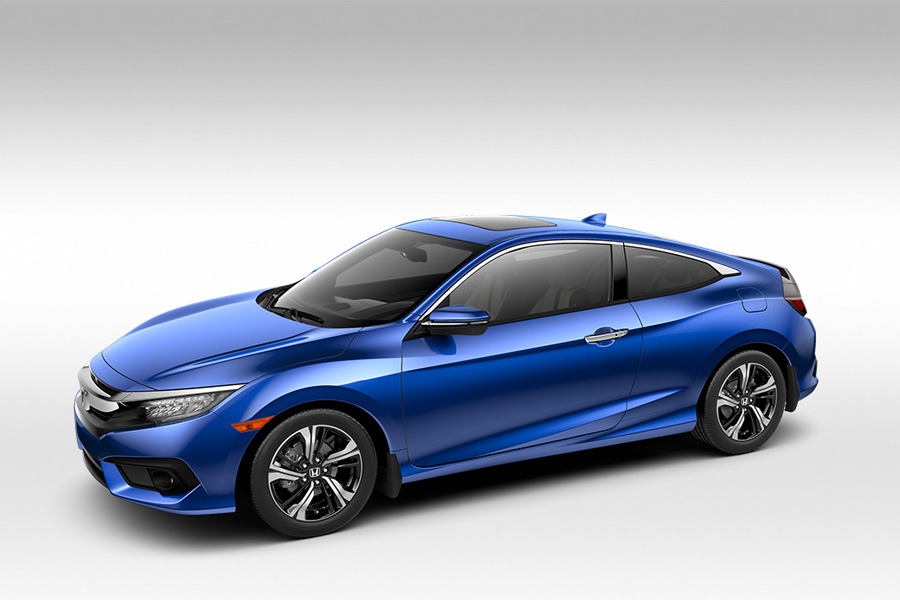 Honda owners are a very loyal bunch, far better than, say, Yugo customers tend to be. However, Hondas do have their issues, too. They are not the world’s most perfect car. If you’re shopping for a used car, the following are the types of problems they are known to have.

All makes of cars have their issues and Honda is no different. Of course, different models will sometimes have different problems. So, just because a typical Honda problem is listed, doesn’t mean it’s a problem you’ll have. But it should be on your list of things to check before you buy. Here is the list of things that are common car problems of Hondas.

This vibration is caused by a warped rotor and typically happens over 90,000 miles. You might be able to have them machined, but it’s better to replace them.

Around 70,000 miles, the transmission might start slipping, skipping or have trouble shifting. Or it might just outright fail to work at all. Repairs are major – replacement or rebuild. Ask the owner if they’ve had the transmission replaced, if the car has over 70,000 miles on it. If they haven’t, it would be worth having a transmission shop look at it before you buy.

Shuddering or squealing while turning can mean the compliance bushing is broken. This is something the Accords are known for as it reaches 100,000 miles. Typical repair cost is $600 or less.

After 105,000 miles the Accord might have a power door lock go rogue. It’ll turn the locks on or off while you’re driving. It could affect the remote locking of the car, too. It might also affect your car’s alarm system. If a door’s actuator is the problem, it’s a $200 fix.

If you have purchased a Honda and it needs repair, let us know. We are here to keep your vehicles running great. 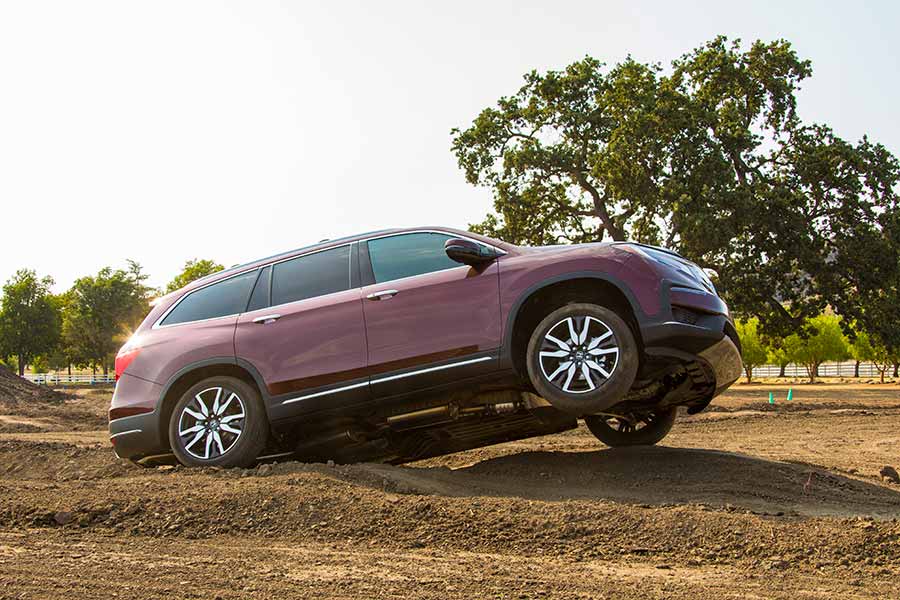 You’re smart to do a Honda brake pad replacement early rather than later. The longer you wait to get the brake maintenance done, the better the chance rotors and other parts will need to be replaced, too. It can get rather expensive. But, have no fear. A1 Performance Auto Repair probably has a reward for your good maintenance habits.

If you keep an eye on our Deals page, you will see a brake pad special appear there. We frequently run specials for brake repair for Hondas and all other car makes. If there are no specials on the page for brakes today, take a look at that page again next month. Brake specials are one of our more frequent special deals.

Changing the brake pads is something you should have your auto mechanic do. If you try to do it yourself and you’re not a mechanic, you’re likely going to miss something that should be repaired first. Rotors might need to be turned to smooth some grooves. Sometimes they need to be replaced altogether. If you don’t do that when it is needed, then your brand new brake pads will just get torn to shreds very quickly.

An auto mechanic will give your entire brake system a good inspection to make sure everything is in working order before changing out the pads. You will come out ahead by having all the worn out parts replaced before installing the new pads.

Stop by A1 Performance Auto Repair so that we can give your brake system a good inspection before doing a Honda brake pad replacement. We want to make sure that the problem is solved when you leave our shop. We pride ourselves on making sure we repair a vehicle’s problem before the customer drives off the lot. See our Deals page for brake discounts. 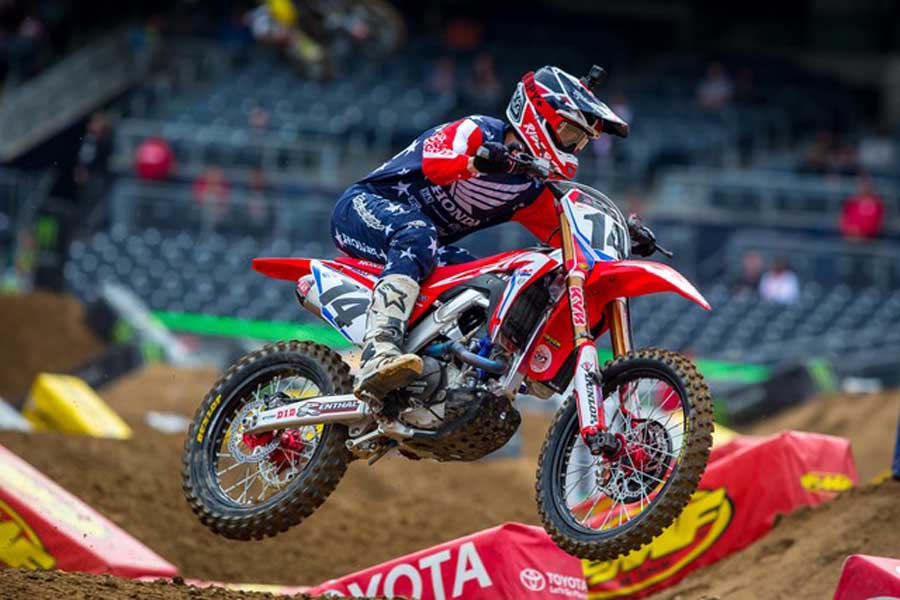 A Little Honda History for Its Fans

When we think Honda today, we picture maybe a Honda Civic or Accord. But Honda started as just a motorcycle company and is still a popular motorcycle brand name. Here are some other tidbits of information you might not know about this manufacturer.

Honda started out manufacturing motorcycles in Japan in 1946. By 1959, Honda Motor Company opened a shop in Los Angeles with 6 employees to sell their 3 motorbike designs. This turned into a booming bike business that is still strong today.

Honda sold its first car in the USA in 1969. It was little more than a motorbike with an outer shell. The Honda N600 was cutting edge technology. It had an alloy engine and body that were so light that it could really zip around the streets, getting up to 9000 rpm. The first Civic came out in 1972 and the N600 was no more.

In 1979 the first Honda Accord was available for sale. While the Civic was rather stubby looking, the Accord took more of a stretch Gremlin look.

It appears that Honda’s first love is cutting edge technology, which goes far beyond cars and motorcycles. Today they have their technicians creating other transportation like the Uni-Cub, a motorized unicycle. They are also involved in medical inventions such as the Walking Assist Device which helps people walk again.

In 1999, it was Honda that had the first automobile electric hybrid in the USA. Unfortunately, it didn’t catch on with the public due to many factors.

Honda continues to drive innovation and has their engineers making all sorts of products better, faster and safer. If it has a motor, Honda has probably developed the item already or is ready to issue their latest and greatest model of it. 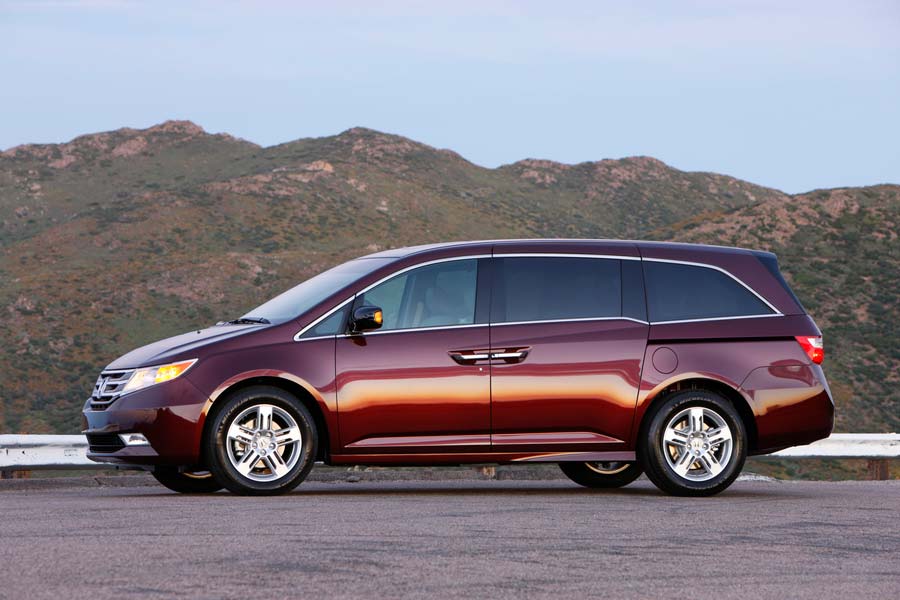 There is an issue with the 2nd row of seats in the Honda Odyssey Minivans that can cause those seats to tip forward. So, Honda has issued a recall for these Minivans that were made in 2011 – 2017.

This recall is due to the seats in the rear not being properly locked, which will allow the seat to fall forward injuring anyone in the seat. Honda has issued a file that lets you know how to check the seats to see if they are properly locked. This file includes instructions on how to lock the seats. You can check to see if your minivan is part of the recall here.

You can take your Odyssey Minivan to Larry Hopkins Honda to have the mechanic fix this recall issue for free, if you don’t want to do it yourself.

This is a recall issue that should be fixed immediately. If those seats are not properly locked then they will tip forward when the car brakes medium to hard. The repair is free at any Honda Dealer. It is important that you schedule an appointment right away to have this fixed.

Hondas are one of the most popular cars on the road in California. Their recall record was very good until the Takata airbags were installed. Honda was hit the worst in that recall. So, while you’re getting those seats fixed, ask if your airbag is also under recall. That is also a very serious problem. The airbag can shoot shrapnel when it is inflated.

A1 Performance Auto Repair cannot help you with recall or warranty issues with your Honda, however we’re here for you for all of your regular maintenance and repair work. 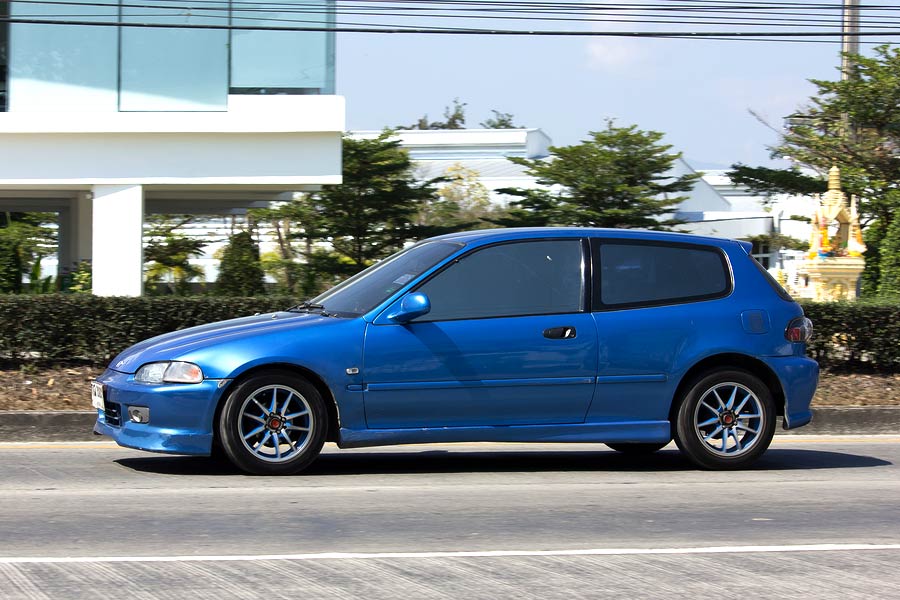 Honda Civic Tips for Keeping Your Car Safe from Being Stolen

It is crazy that we need Honda Civic Tips to help Civic owners keep their cars safe from being stolen, but here we are. Even in 2016, the Honda Civic is one of the most popular cars to steal. Here are some tips on what you can do to deter thieves.

Car theft statistics for 2016 show that the Honda Civic is still one of the most popular cars to steal, coming in at #2. But it is no longer all Civics. The car that is #2 on the theft list is the 1998 Honda Civic as thieves appear to be leaving the latter year models alone. Why?

Honda did step up and make some changes such as the smart key system that has been a very good deterrent to theft. Unfortunately, this doesn’t help the poor 1998 model. It is as popular as ever to steal. So, what can you do to keep your hands on your 1998 Honda Civic?

Well, get out of California! Statistically speaking, your Honda Civic is a lot safer in a state other than California, where the majority of thieves like this particular car and its cousin – the 1997 Accord. The Honda is a great running car, even one that is 20 years old, and car thieves know it.

There are so many Honda cars sold in California that stealing these older cars is a cottage industry. In areas with smaller populations it isn’t as much as a problem. So, move to a less densely populated state, never leave your keys in the ignition when you leave your car and lock your car up in the garage. This should make it highly unlikely that the bad guy will steal your ride.

We hope that one or two of these Honda Civic tips helps protect your car. Remember to bring your car into A1 Performance Auto Repair for regular maintenance.