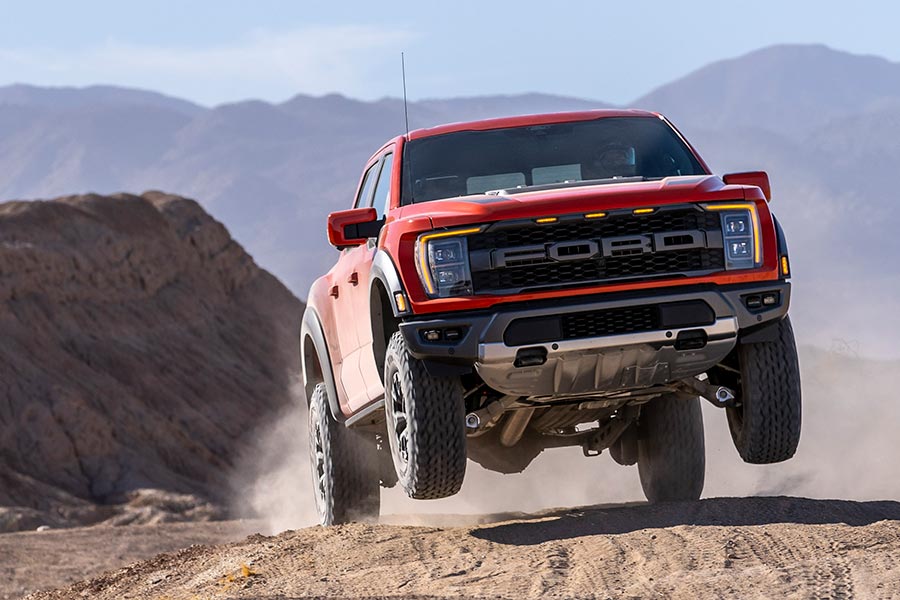 Even though Ford F-150 is more youthful than the likes of Toyota Tundra, it packs more punch to embarrass peers in the job site and off-roading. The first generation Raptor came with a powerful 5.4-liter V8 and upgraded in 2014 to a 6.2-liter V8 with 411 hp and 434 lb-ft of torque.

A later F-150 came with EcoBoost 3.5 l V6 twin-turbo making an impressive 450 hp and 510 lb-ft of torque. Its grunt and ferocious surge forward gives the owners some deserved bragging rights. Acceleration is incredible. Even on the beaten path, you can easily forget you are in a 5500-ton pick-up.

Raptor is a desert racer and comes with the tools to do just that. This comes in handy when you need a proven work truck when the job is far away from civilization.

What about its Ability to Haul Stuff?

The 5.5-foot load bed has a decent 52.8 cubic feet capacity to haul enough materials. With the capability to carry up to 1000 lbs. for the SuperCab and up to 1200 lbs. for the the SuperCrew, you have no reason not to transport the stuff in one fell swoop.

A few can outperform the Raptor in its ability to haul stuff, but it makes up for the slight difference through its off-road capability. Of course, most gearheads or contractors would choose a blend of off-road capability and power to carry lots of stuff.

At 36.4 inches off the ground, some will complain the tailgate is too high, but the Raptor comes with a power lock.

Owning a Ford F-150 is a dream come true for most off-road enthusiasts. But it is also a match made in heaven for the worksite, considering its impressive horsepower and torque. The only shortcoming is its price tag. It does not come on the cheap, but the best never does, does it?