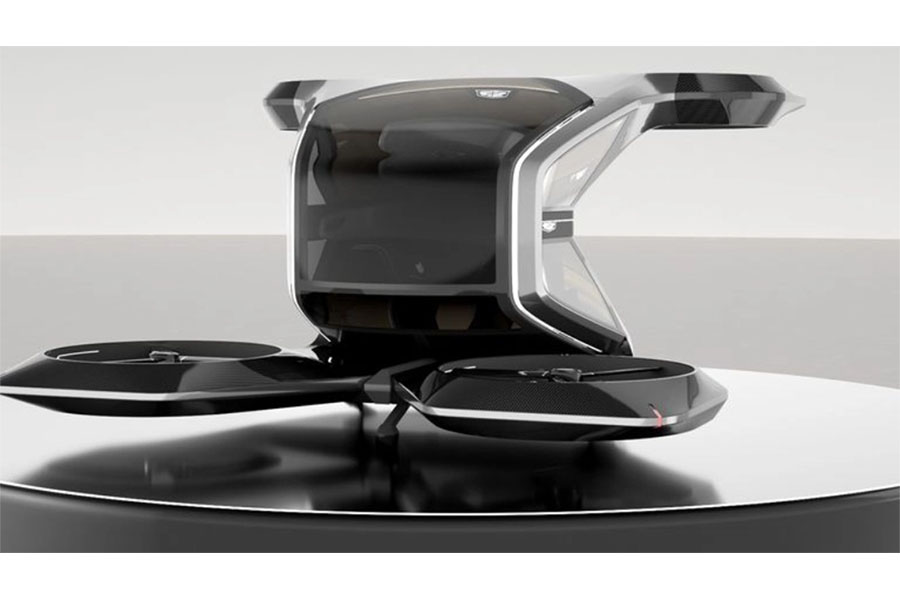 Vertical take-off and landing (VTOL) drone is a single passenger autonomous vehicle. It will travel at 55 miles per hour from one rooftop to the other.

The flying car concept was revealed together with the family-friendly Cadillac electric shuttle in a video as part of the keynote presentation by Mary Barra, the GM Chief Executive. It pretty much looks like the futuristic air taxi prototypes that you have probably seen and which are under development as we speak.

GM’s futuristic flying Cadillac will carry one passenger above the streets. They will get a chance to escape the slow-moving traffic, the stuff you see in sci-fi movies.

The flying Cadillac has an ultra-weight body and is powered by a 90kW motor, a GM Ultium battery pack. It has four pairs of rotors. The autonomous shuttle in the video has a panoramic glass roof, sliding doors, a boxy silhouette designed by Mike Simcoe and his design team, and luxury-looking wraparound seating. Simcoe describes it as a social space for a group of friends or relatives to spend time together as they travel.

What we know so far is that controls for the shuttle are through voice, biometric sensors, and hand-gesture recognition.

But GM is not alone in exploring the concept of aerial vehicles. Other automakers such as Geely Automobile, Hyundai Motor, and Toyota Motor have revealed plans for a future flying car.

When Can We Expect to See the Flying Cadillac?

The autonomous Cadillac shuttle and the flying single passenger vehicle are part of Cadillac’s Halo Portfolio. They will not be going into production in the near future. The concepts only showcase GM’s design intentions for future vehicles and display their manufacturing skills as a brand. It is still unclear whether there will be a commercialized version or not.