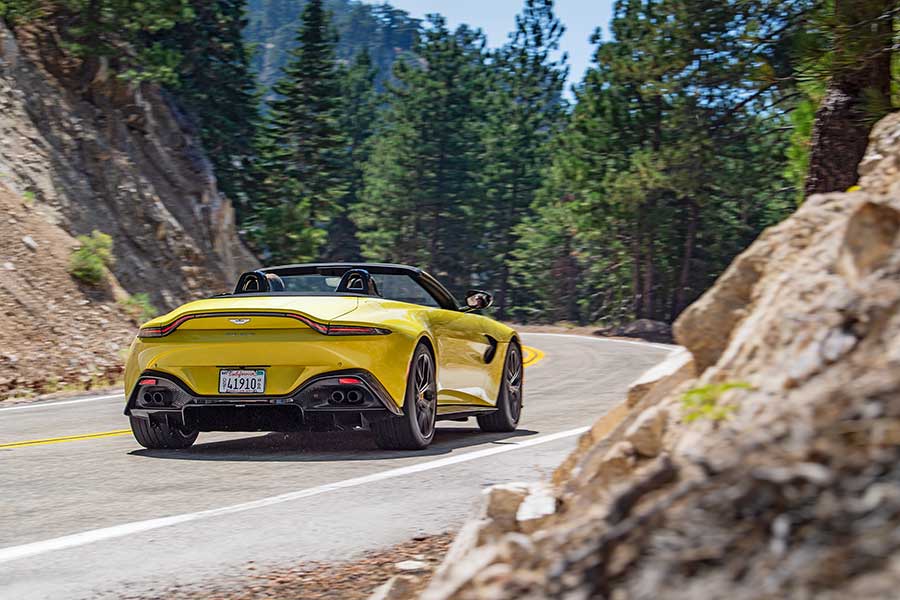 The Aston Martin V8 model is the official bond vehicle, with bells and whistles.

While Aston no doubt oozes class and style, the vehicle will often encounter some issues, often too familiar with the model. Even 007 needs some time off to service his ‘Bond’s Mobil.’

Transmission failure is the most prevalent issue with the V8 Vantage 2010-2013 models. The problem was so prevalent that the manufacturer issued a global recall.

The Vantage drivers would often experience frequent stalling, where the vehicle known for its impressive performance would lose power.

After troubleshooting, the culprit for the transmission issue was found to be the software update. In particular, it was mostly from technicians that hadn’t installed the update correctly to allow the proper reprogramming of the clutch. Aston Martin servicing requires experienced hands.

Even though the issue was resolved, the Sportshift is still a risk for contemporary drivers. For this reason, you should invest in a qualified professional service schedule such as A1 Performance.

What You Should do To Keep Your Vantage on the Road

The Aston Martin V8 Vantage is a capable vehicle if you give its transmission the necessary TLC. Follow the factory-scheduled maintenance and look out for signs of failure such as:

If you notice any of the above with your ‘Bonds Mobil,’ get it looked at by a professional. Keep in mind that your Aston needs frequent check-ups to keep it performing at the highest level.

A1 Performance are experts in European vehicles. We’ll service your Aston Martin, troubleshoot any problem, and repair it to keep it on the road. We know how much you need it on the road with you, and we’ll work to ensure that.

The fighter jet canopy-shaped with alluring aluminum panels, Rapide E, may be the coolest car for 2020. That is quite a bold statement. But why do we think so?

Aston Martin initially revealed their concept of an electric Super Sedan, co-engineered with Williams Advanced Engineering in 2015. They have finally announced the production version Aston Martin Rapide E, and supercar enthusiasts couldn’t be more excited. There are reports that 007 will be going green, behind the wheel of Rapide E.

Rapide E boasts 701 lb-ft torque and 602 horsepower. It has a quoted top speed of 155 mph and takes less than 4 seconds to accelerate from 0 to 60 mph. Rapide E is quicker than Rapide AMR in acceleration. Well, Aston Martin states that the numbers are not dependent on a particular battery charge level. The performance is repeatable without any deterioration, at least according to the company.

In the words of Aston, Rapide E’s powertrain improves upon the feel, character, and delivery of Rapide’s V12 engine. The modified suspension, limited-slip differential, and the three driving modes ensure that Rapide’s V-12–engine’s efficient handling is not lost.

E’s 65.0-kWh battery pack Impresses with a range of 200 miles, almost in line with Tesla Model S 75, and incorporates a fast-charging tech. You can achieve a full charge within 3 hours.

If you thought Rapide’s exterior styling is the best, then that of Rapide E will blow your mind away. It has a reasonably comprehensive styling update with improved aerodynamics for a better range. Rapide E inherits the massive grill of Rapide, but instead of chrome slats, it has honeycomb mesh. The massive front bumper improves cooling, despite the reduced cooling requirements.

Aston Martin has developed a smartphone app that monitors battery charging and status. The dashboard is bright-blue with black leather and carbon fiber. Production is set at only 155 units. What do you think of the new Rapide E? Is it worth the hype?